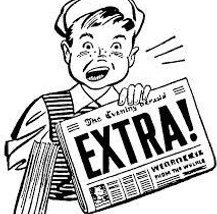 To continue receiving grant funding, the Socorro County Prevention Coalition (SCPC) is required by New Mexico’s Office of Substance Abuse Prevention (OSAP) to select eight “intervening variables” or objectives for the next fiscal year as part of its strategic plan.

To continue receiving grant funding, the Socorro County Prevention Coalition (SCPC) is required by New Mexico’s Office of Substance Abuse Prevention (OSAP) to select eight “intervening variables” or objectives for the next fiscal year as part of its strategic plan.

One of the required guidelines for the variables includes developing and increasing enforcement of alcohol, tobacco and other drugs (ATOD) in schools but it aims to eliminate the zero-tolerance policies that mandate suspension and expulsion in order to keep students in school as much as possible. This also applies to prescription drug abuse and makes minor-in-possession laws more punitive.

“Out of that $100,000 some of it gets taken out for training,” Savannah Morris, SCPC coordinator said during last Thursday’s SCPC meeting, adding the coalition trains with Kamama Consulting in Albuquerque for various certifications. The remaining money is then split between two six-month contracts.

Variables coalition board members selected at the meeting as most prominent in regard to addressing binge drinking were to publicize more names of arrests and infractions of ATOD laws, talking to parents who provide alcohol to minors, and inform parents and the elderly to be more careful with their prescription drugs.

The next evaluation for the coalition is in early 2016, when the OSAP will review if SCPC reached its specific goals.

“We do have to make a case about the strategies we do pick,” Morris said. “(OSAP) can ultimately send this back and say we need to pick new ones.”

Goals were primarily targeted based on survey data from the most recent Youth Risk & Resilience Survey (YRRS) produced by the state’s Public Education Department, Department of Health and University of New Mexico Prevention Research Center.

Another goal of the coalition is to have a “social host” ordinance, a law with the intent to discourage parents who provide alcohol to minors.

Patricia Lincoln, the local OSAP program evaluator, said there could be a community norm in some cases where there is an acceptance of minors’ alcohol consumption at family gatherings.

“The purpose of a social host ordinance is we know in most areas there tends to be hot spots … that have long had problems,” Lincoln said.

A major component of the objectives for the coalition include more awareness through media about the punitive measures of alcohol with minors, including the fourth-degree in providing alcohol to minors, unless it’s the provider’s child.

Some of the data reflected in the YRRS survey showed this trend.

“We’ve conducted focus groups with juvenile justice probation officers, state police, resource officers at the high school, and with high school students,” Morris said. “It’s really the same information, and the perception of risk is not there. They (minors) don’t feel like if they do something that the police they will address it, and whenever we do talk to the police they do address it. Somewhere it’s falling through the holes.”

Additionally, the coalition is looking to assign five to seven people to the “core group,” an oversight group for budgetary measures and accountability for the coalition, who can go to free training through Kamama. The hours can go toward training for behavioral therapy, continuing education or certification in prevention specialists.

Currently, Morris is working on obtaining a specialist’s certification, which could make her the only one in Socorro. She said there are only 48 in the state.